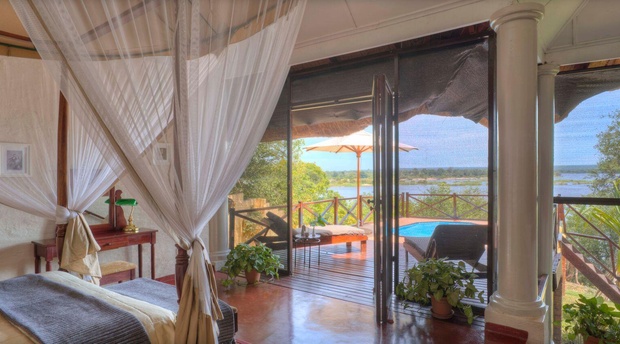 Imagine a place where days are spent languishing on a secluded private deck, dipping into a private pool and gazing over the Zambezi River from a private suite.

Each of the two Luxury River Suites have spacious, open plan interiors offering the ultimate space in which to relax and unwind after a day spent exploring Victoria Falls, or playing lawn games, or visiting other nearby attractions. Tastefully decorated with furniture made from Zambezi teak, these rooms also feature a living area and one queen-size bed swathed with a walk-in mosquito net. Both suites have a full bathroom.
One Luxury River Suite has an additional half-bathroom as well as room to accommodate an extra single bed. This room is gauze-fronted.

The other Luxury River Suite is glass-fronted and has one full-bathroom.
Both Luxury River Suites have overhead fans above the beds, air-conditioning units (cool or warm), hotel-type safes, a hair-dryer, a mini-bar fridge and tea/coffee making facilities. In the event of power outages, each room has an inverter/solar battery back-up system to run the overhead fan, as well as certain lights and plug sockets.

Our Rhodes Luxury River Suite is named after Cecil John Rhodes. He became the Prime Minister of the Cape Province and was beleaguered in Mafeking during the Boer War when it was under the command of Baden-Powell. By that time he was 40 years of age he had three territories named after him; North Western, North Eastern and Southern Rhodesia, an area six times bigger than England!

He strove to push north from Cape Town to Cairo with his Cape to Cairo railway intending that all of Africa on the Eastern side should come under British influence. He insisted that the bridge at the Victoria Falls should be close enough for the “spray to fall on the windows of the carriages”.

He died in 1902 before the bridge at The Falls was even begun. His last words were “So much to do, so little time”.

Born in Scotland he had to work to put himself through his early education and later medical school. A dour Scot by all accounts, he was deeply religious and quickly decided that he wished to pursue a missionary’s life in Africa.

He was planning to use the Zambezi river as his means of bringing the bible into the interior but after finding the Falls on 16th November 1855 and the major rapids below he decided that ‘the rocks in God’s Highway’ had finally beaten him in this endeavour. Undaunted he continued his mission on foot. He eventually walked the equivalent of three journeys from Cape Town to London!!

He died in Chief Chitambo’s village in the Northern part of the country on 1st May 1873. Such was his fame that his grave was mentioned on maps for many years.

He is buried in Westminster Abbey, London, although his heart lies at the base of the tree where he died, in Chitambo’s village and his name was given to the town of Livingstone. It is the only western town name to have survived in Zambia since independence; such is the respect for him in the country to this day primarily because of his fight against slavery.

There are some who say that Livingstone’s first word upon coming across the Falls for the first time were “Scenes so lovely must have been gazed upon by angels in their flights”. This is not in fact the case – he wrote the words in a letter in March 1856 when the Falls were at their impressive height. 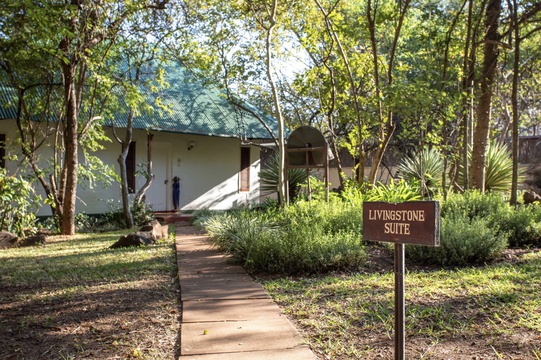 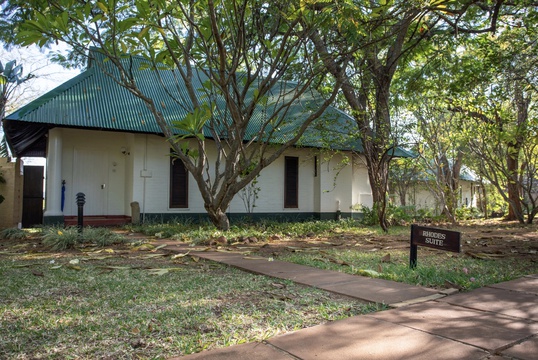 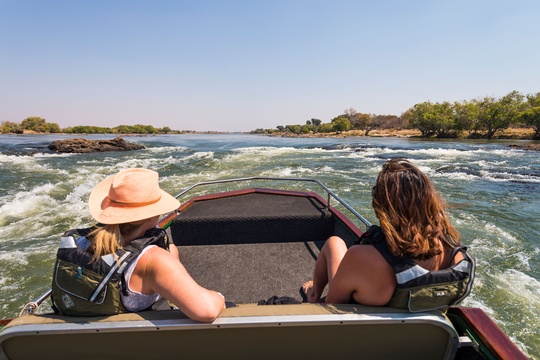 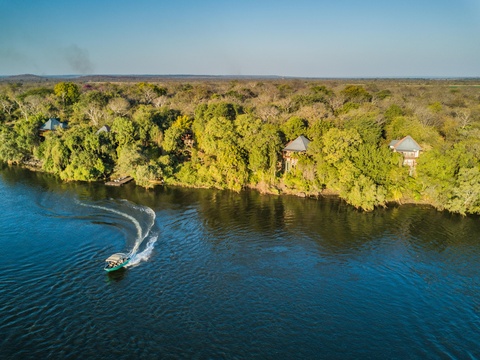 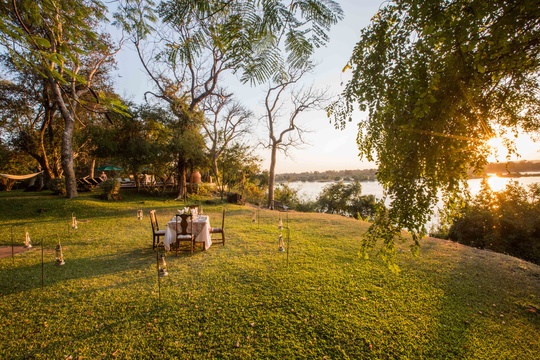